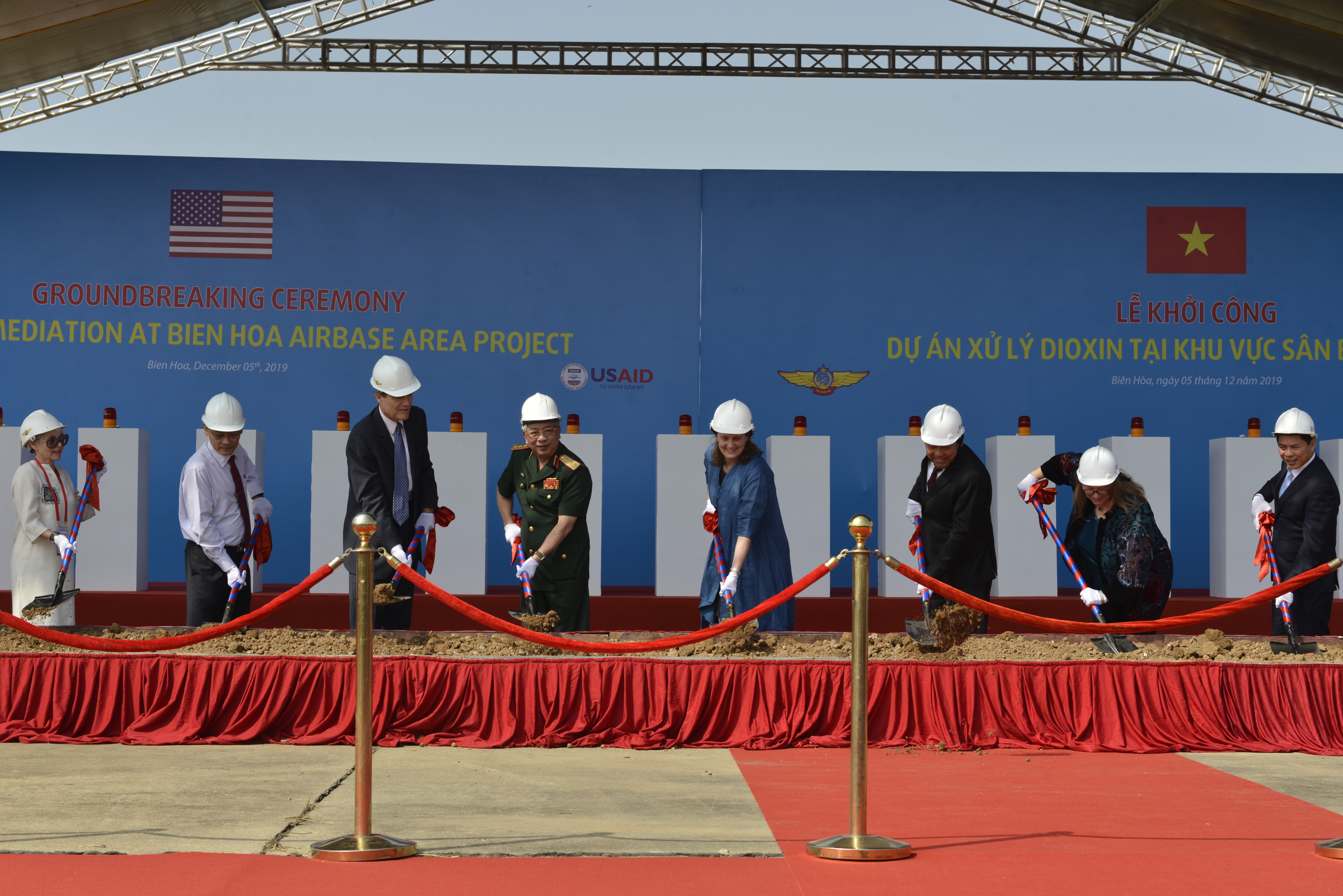 The United States and Vietnam kicked off dioxin remediation operations at Bien Hoa Airbase, located in the southern province of Dong Nai, and signed an agreement to implement a US$65 million program to support people with disabilities in Vietnam on Thursday morning.

The event was joint effort by the U.S. Agency for International Development (USAID), Vietnam’s Air Defense Air Force Command (ADAFC), the Ministry of National Defense, and the National Action Center for Chemical and Environmental Treatment (NACCET).

“Not only will we work to reduce risk and ensure the safety of surrounding communities, we will again demonstrate to the world the incredible example of the United States-Vietnam relationship, where former foes chose to partner, overcome the past, and pave the way toward a future of friendship and mutual prosperity,” McClelland was quoted as saying in a press release by the U.S. Consulate General in Ho Chi Minh City.

Dioxin is a highly toxic chemical compound which is known to cause serious problems with reproduction, development, and the immune system.

A great deal of scientific research also links the chemical to hormone disruption and cancer.

The area surrounding Bien Hoa Airbase has been a hotspot for dioxin pollution caused by previous wars.

Examinations by Vietnamese and U.S. authorities estimated the amount of soil infected with the toxic substance at over 500,000 cubic meters, according to 2017 figures.

ADAFC has handed over 37 hectares of the western portion of the Bien Hoa Airbase, also known as Pacer Ivy, to USAID to begin ground operations for the dioxin remediation project.

The objective is to first eliminate the risk of further dioxin migration off base, working with Dong Nai authorities to clean areas off base, and then to treat and contain contaminated soils.

The U.S. government has committed $300 million to restoring the airbase and surrounding areas, which will take ten years to complete.

USAID also signed an agreement with NACCET on Thursday to provide $65 million for implementing activities that offer direct services to people with severe disabilities in eight priority provinces over the next five years.

Specifically, USAID plans to work with the Vietnamese government to strengthen Vietnam’s rehabilitation system and community support networks to ensure that all people with disabilities have the opportunity to fully participate in society while improving their overall quality of life.

“The five-year program to support persons with disabilities that we are launching today is not only another milestone in our partnership, it is a powerful symbol that our countries are jointly committed to the tasks,” U.S. Senator Patrick Leahy was quoted as saying in his remarks.

A consumer makes a payment by scanning a QR code on a smartphone at a store in Ho Chi Minh City. Photo: Quang Dinh...
Read more