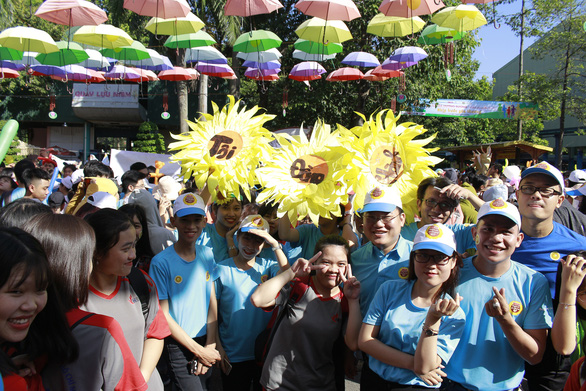 More than 7,000 participants have registered for a charity run held in conjunction with the annual Tuoi Tre (Youth) newspaper-sponsored Sunflower Festival in Ho Chi Minh City.

The Sunflower Festival is hosted each year by Tuoi Tre and the Vietnam Youth Federation to raise awareness and support for pediatric cancer patients in order to commemorate Le Thanh Thuy, a high school student who became famous after losing her battle against bone cancer on November 2, 2007.

It also promotes the efforts of the ‘Thuy’s Dream Foundation’ – a charitable organization set up by Tuoi Tre to support children with cancer.

This year’s Sunflower Festival, the 12th edition of the event, is themed ‘For the Sunflower Warriors’ and will feature events and activities in Hanoi, Ho Chi Minh City, Da Nang, and Hue.

Participants under 14 years old must be accompanied by an older family member.

Aside from the charity run, 160 scholarships valued at VND5 million (US$216.65) each will be presented to cancer-stricken children who are healthy enough to attend school.

The festival will also include a blood drive and an exhibition featuring paintings by child cancer patients.

Sleep and the importance of ritual routine